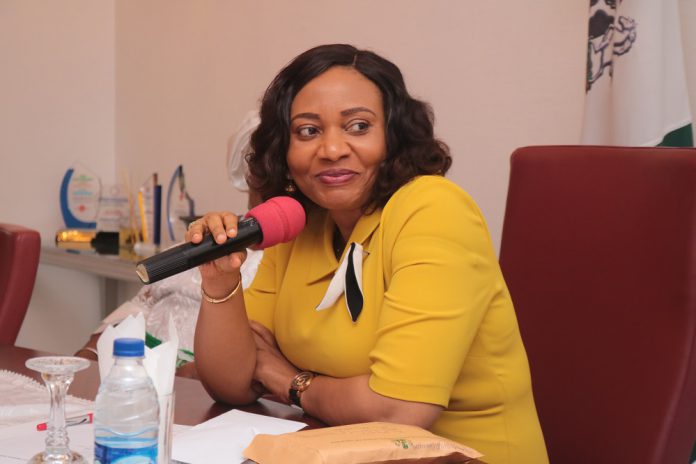 The National Council of Women’s Societies (NCWS) Akwa Ibom chapter has been challenged to engage in economic activities that will help re-orientate, rehabilitate and empower the women fold in the state.

Akwa Ibom First Lady Mrs. Martha Udom Emmanuel gave the charge recently when she received a delegation of the State executive of the association led by its president, Mrs. Mmeyene Nkwo who came on a courtesy visit at the Government, Uyo. Speaking, Mrs. Emmanuel said the group being an umbrella women organization with over 140 affiliated groups needed to do more in the area of creating impacting programmes that will change the status of women in the state.

She said the task of developing and empowering women remains the collective responsibility of all, calling on the group to be more active in the discharge of their duties and also work towards inculcating good moral values on teenage girls and the women in general.  Questions were asked on issues bothering the organisation by the first lady for clarification purposes, adding that, government is ever committed to meeting the yearnings of women in the state. The First Lady also promised to look into the group’s various demands.

Earlier in her remarks, state president of NCWS, Mrs. Mmeyene Nkwo thanked the governor’s wife for granting the group audience. She also congratulated Mrs. Emmanuel on her assumption of duties as the First Lady of the state saying that with her, the women were secured.

She highlighted the aims of the organization to include promoting the economic, social well and progress of women, youths and the physically challenged, with emphasis on education, training and empowerment adding that within her stay in office, she has been able to conduct 24 local chapters election, visits orphanages in the three senatorial districts of the state and as well organized seminars/ workshop for the women.

Mrs. Nkwo solicited for governments’ moral, financial support and blessing to enable the group function effectively and also pledge their unflinching support and unalloyed loyalty to the administration of His Excellency Mr. Udom Emmanuel. Highpoint of the visit was the conferment of the organisation’s Patron award on the governor’s wife Mrs. Martha Udom Emmanuel.

In a related development, the wife of Governor also received the Cornelia Connelly College Old Girls Association at the Government house. Briefing the first lady on their visit, National President of the body, Mrs. Hannah Essien said they were at the government house to intimate the first lady who is also an old girl of the school on events mapped out to celebrate the Home-coming re-union party for the old girls. She said the school having been a citadel of academic excellence over the years has produced worthy ambassadors in different endeavors such as the governor’s wife.

She said the group has achieved some results in the furnishing of the Home Economics department and the expansion of the school refectory while soliciting assistance for the construction of a two story building to serve as dormitory for the school girls.

Responding, the governor’s wife, Mrs. Emmanuel thanked the group for the visit saying that she was delighted to see some old faces she has not seen for a while. She thanked the group for their unflinching support during and after the elections promising that she would not let them down. She harped on the need to ensure that the school is restored back to its glory days, calling on the principal of the school to scale up disciplinary measures that will make the college the model school it was known for.